On July 27th at the 4:00 pm Vigil mass, the Friends of St. Henry will host a fellowship in the joint commemoration of the Feast of St. Henry and St. Joachim. This mass will also commemorate Fr. Henry Engelbrecht’s 50th anniversary of his vocational ordination.

We spoke with Mr. Kevin Smith about the relationship between Fr. Amal and Fr. Henry. When Fr. Amal first came to New Orleans, he was asked to meet with the current Director of Priest Personnel, Fr. Henry. With no place to stay, Fr. Henry told Fr. Amal, that rather than stay at the Seminary, he could stay with him. Fr. Amal would also celebrate Saturday Vigil Mass with Fr. Henry at St. Henry’s in New Orleans, LA. The congregation at St. Henry’s immediately accepted Fr. Amal into their parish community. They enjoyed the spiritual insight and guidance he gave in his homilies and the reverence in which he served their church. As time passed, the friendship between Fr. Henry and Fr. Amal grew, and Fr. Henry became a spiritual mentor to Fr. Amal. Eventually, Fr. Amal was assigned as the presiding Pastor of St. Joachim and St. Henry’s parish merged with two others and closed its doors.  Fr. Henry would frequently travel to St. Joachim’s to assist Fr. Amal with his pastoral duties. My wife, Sylvia and I were parishioners of St. Henry’s and decided to become "Roaming Catholics" when it closed its doors. Eventually, we found ourselves at St. Joachim where we were surprised to be greeted by Fr. Henry. Once we walked in, we knew we were at home at the "Little Church in the Woods".

Fr. Henry left this Earth on February 18, 2019, just a few months’ shy of the 50th anniversary of his ordination. Fr. Amal has graciously agreed to say Fr. Henry’s 50-year mass as a surrogate in celebration of their friendship and bond. The Friends of St. Henry’s will be in attendance and the unveiling of Fr. Henry’s commemorative bricks in our Rosary Walk will be celebrated. Please join us in honoring the man who devoted his life to spreading the good news of Jesus Christ through the Archdiocese of New Orleans, especially at St. Henry’s Church, as well as his love for Fr. Amal.

In Loving Memory of 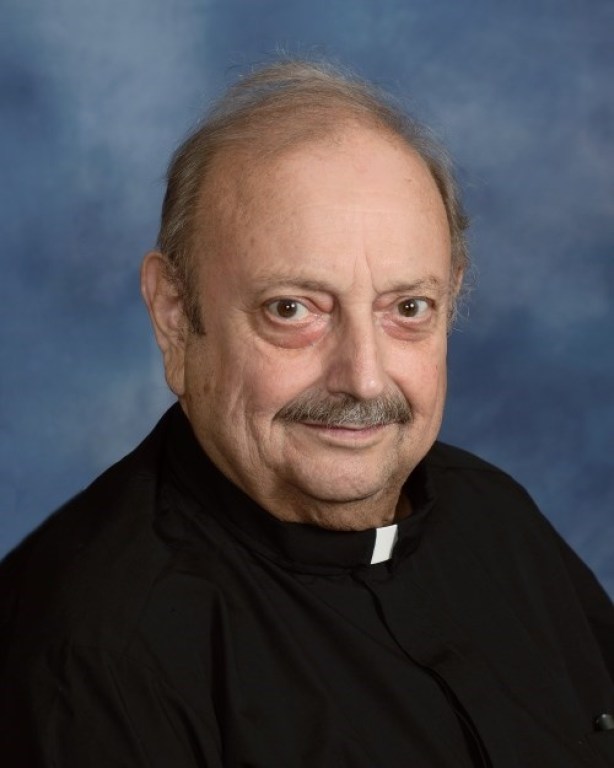